The majority of metal railings, gates and architectural metalwork supplied by Alpha Rail has been galvanised to protect it against rust. Often, the steel is also powder coated, and we offer a range of different colours. These coatings act together to provide lasting protection, an attractive visual appeal and keep your railings looking shiny and new for a longer period.

To combine the need for beauty, versatility and durability when railings are part of a heritage building, park or playground, either wrought iron or steel have been used. However, wrought iron railings are not so common nowadays as many were removed during the war, and if subsequently replaced, the new railings are made of steel because it is viewed as a better alternative to iron as it is more widely available and is much more flexible to bend and shape. 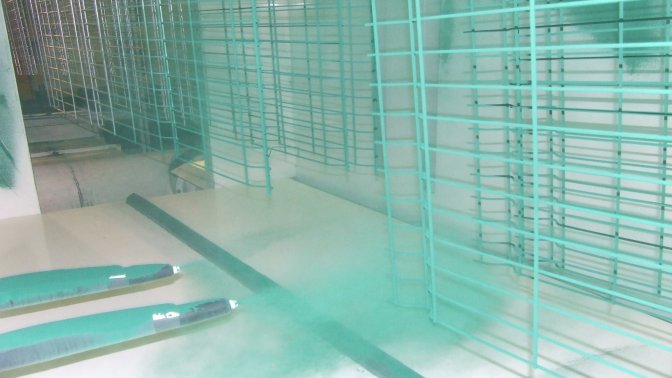 Left exposed, iron and steel are inevitably destroyed by rust, so the first line of defence for most historic architectural metalwork is to protect it with a coating.

Rust, technically the oxidation of ferrous metal, is most often caused by exposure to water and air, but is also the result of salt air, sea water, acids, acid rain, and air pollutants.  This oxidation process can be halted if metal is protected from these elements.

Historically iron and steel railings were only protected by paint or similar coatings that must be carefully maintained — especially immediately after repairs or installation. Applying a good initial surface coating is the first stage of effective maintenance. 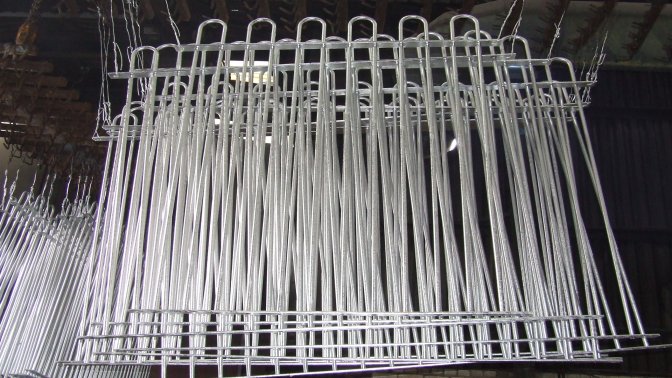 All architectural metalwork supplied by Alpha Rail is factory-galvanised. This involves dipping the railings or electro-plating them with a shield of zinc. Smaller parts may be spray painted to provide added protection.

Many metal railing fences start to suffer not from deterioration of the fence itself but from failure of the anchoring, typically into some sort of masonry. Where the fence or railing is anchored in stone. 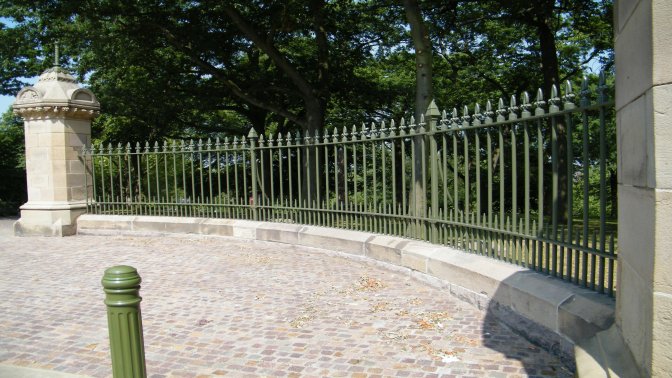 When Alpha Rail installs metal railings we ensure that the post and stanchion ends are rust-proofed, and once set, the filler is applied in such a way that it sheds water, not collects it in the anchor hole. Any moisture that finds its way into the buried steel, especially if the anchor hole creates a reservoir of water will cause rust that will eventually split the stone. Effective maintenance therefore continues at installation by making sure it is done professionally.

There are a number of very simple precautions you can take to maintain the integrity of your metal railings or gates.

Carrying out an inspection at least once a year will help identify any early signs of rust so that if problems are starting to show, it is much easier to fix them before they have done extensive damage.

Other measures include ensuring that plants or trees do not touch railings and simple things like trying to avoid the spray from passing vehicles or lawn sprinklers from reaching the railings will also help to reduce exposure to damp.

During this inspection it is beneficial to clean the metal railings with soapy water using a soft rag or sponge. A spray bottle is useful to get the cleaner into all the crevices of an ornate fence. Dry the fence thoroughly using old towels. Applying a wax coating such as car wax will also help to protect the paintwork.

Repair small scratches immediately. This is usually done by a professional restorer who will lightly sand the area with steel wool and apply several thin coats of rust-resistant metal paint. Special attention is also paid to hinges and latches, as these areas would probably have been manually spray painted with a zinc paint and be more vulnerable. If these areas trap water it can cause rust to form.

Whilst the majority of Alpha Rail projects involve the provision of brand new railings and gates, we have been asked to repair and restore some which  have a historic meaning, such as the Jack Hobbs Gates at the Kia Oval in Surrey. 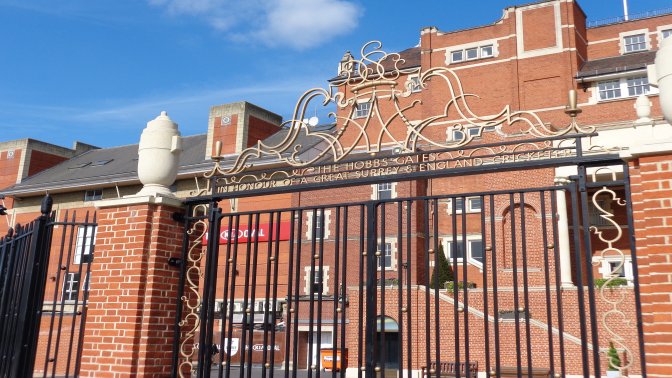 If you prefer to refurbish an existing installation, meticulous preparation is critical if the metal is to hold a coating. All surfaces must be scrupulously free of rust, scale, oil or grease before applying the galvanised layer and powder coating to restore them to their former glory.

Types of pedestrian guardrail and their benefits

Road safety is highly important to protect both pedestrians and drivers from potential accidents. Pedestrian guardrail plays a key part in this by guiding pedestrians […]

Working with Alpha Rail: The Design and Development Process

This helpful blog guides you through the Alpha Rail process and what is involved in a metal railings project from start to finish.

An Introduction to Estate Railings and Gates

Metal estate fencing is made of wide-set horizontal bars, with vertical bars between each panel for stability, creating a traditional Victorian look that is frequently used on country estates, public parks and more recently, new build housing estates. They are available as traditional loose components for self-assembly using fixing pins, or as a fully welded unit panel.