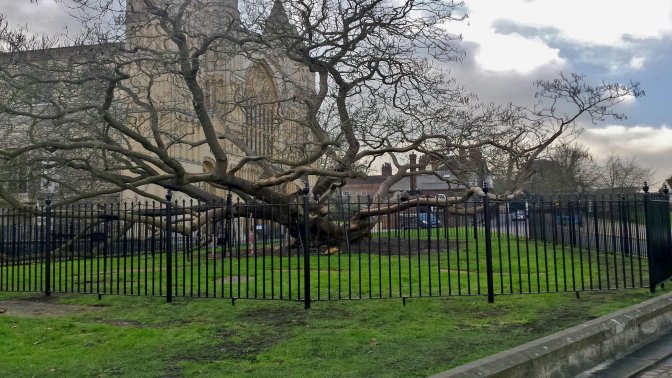 The Catalpa tree that has been standing between Rochester Cathedral and the town’s Norman castle for over 150 years is a much-loved part of the historic landscape.

But due to its extreme age, the famous Rochester Catalpa had become increasingly fragile, and in 2015, the tree partially split and was impaled on the metal railings that were put around it to protect and conserve its beauty. 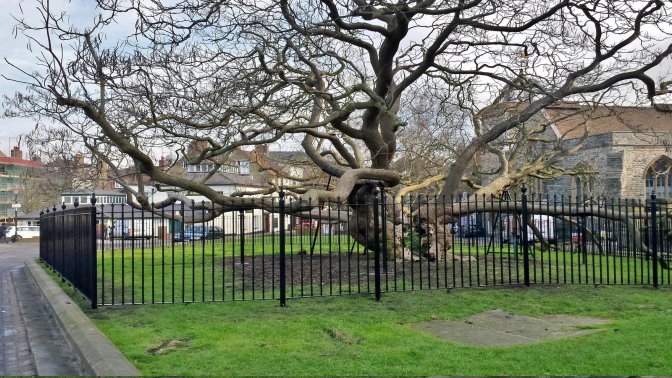 To preserve the tree and prevent it from deteriorating further, crucial conservation works were commissioned by Medway Council to erect a new propping system and to install new metal railings to form a protective perimeter barrier.

Metal railings and gates manufacturer Alpha Rail was appointed to supply and install replacement metal railings to provide perimeter fencing and protect the tree from vandalism, tree climbers and other general harm to its branches and leaves. 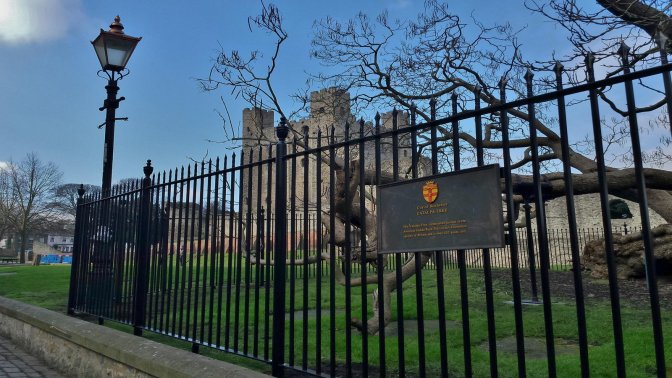 The project involved a full site survey to take account of the various mounting points and the rakes required to follow the contour of the ground. Old railings had to be completely removed and replaced with new railings that matched the existing style. Two brass plaques had also to be taken down and remounted. The project also required an appreciation of the historic location as well as the sensitivities of being so close to a burial ground and required close liaison with an archaeologist and an arbor culturist.

In total Alpha Rail supplied 67 linear metres of decorative vertical bar metal railings which were erected to completely cordon off the base of the tree and the full span of its extensive branch network. To ensure their longevity the railings were galvanized and painted black RAL 9005. To add a further decorative effect, spearhead shape finials were mounted on the vertical bars and the mounting posts featured urn style finials. Alpha Rail also supplied a single access gate. 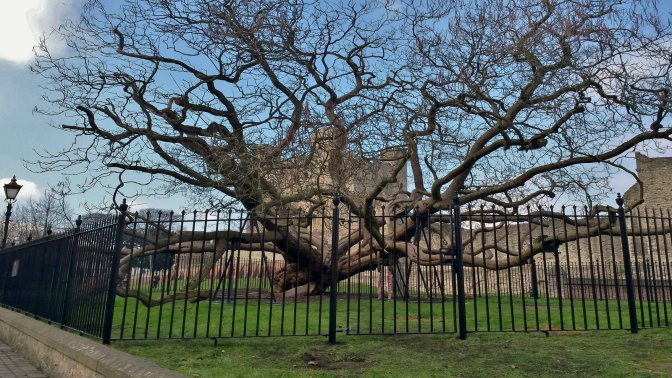 Commenting, Fiona Leadley, Greenspace Development Officer for Medway Council said, “The new railings around the Catalpa tree look fabulous.  I have no doubt that this wasn’t an easy project due the constraints of working on a heritage site but all seemed to go smoothly on site. The Alpha Rail team did a great job and were very accommodating during their liaisons with the Cathedral and archaeologists.”

A Southern Catalpa (Catalpa bignonioides) is a species of Catalpa, native to the southeastern United States in Alabama, Florida, Georgia, Louisiana, and Mississippi. It is also sometimes known as the Indian Bean Tree.

When to use Pedestrian Parapet

The material composition of pedestrian parapet is to a much more heavy-duty specification than standard pedestrian guardrail.

Alpha Rail was appointed by Stone Edge Conservation to manufacture and install 61 linear metres of Kennington Vertical Bar railings to provide a boundary demarcation to the site that was fitting to the time period and aesthetics of the church.