Connor Delia joins a team of yard operatives who work together to ensure all Alpha Rail metalwork is prepared to the highest standard, ready for delivery. All metalwork products must be packaged correctly in order to reach the customer in good condition, as they can be damaged very easily in transport.

Previously working part-time as a Sales Assistant at Calvin Klein and preparing to get onto the property ladder, Connor began the search for a full-time position. Joining Alpha Rail as a Packaging & Distribution Operative presents Connor with an array of opportunities, which is perfect for a young employee looking to develop a long-term career. 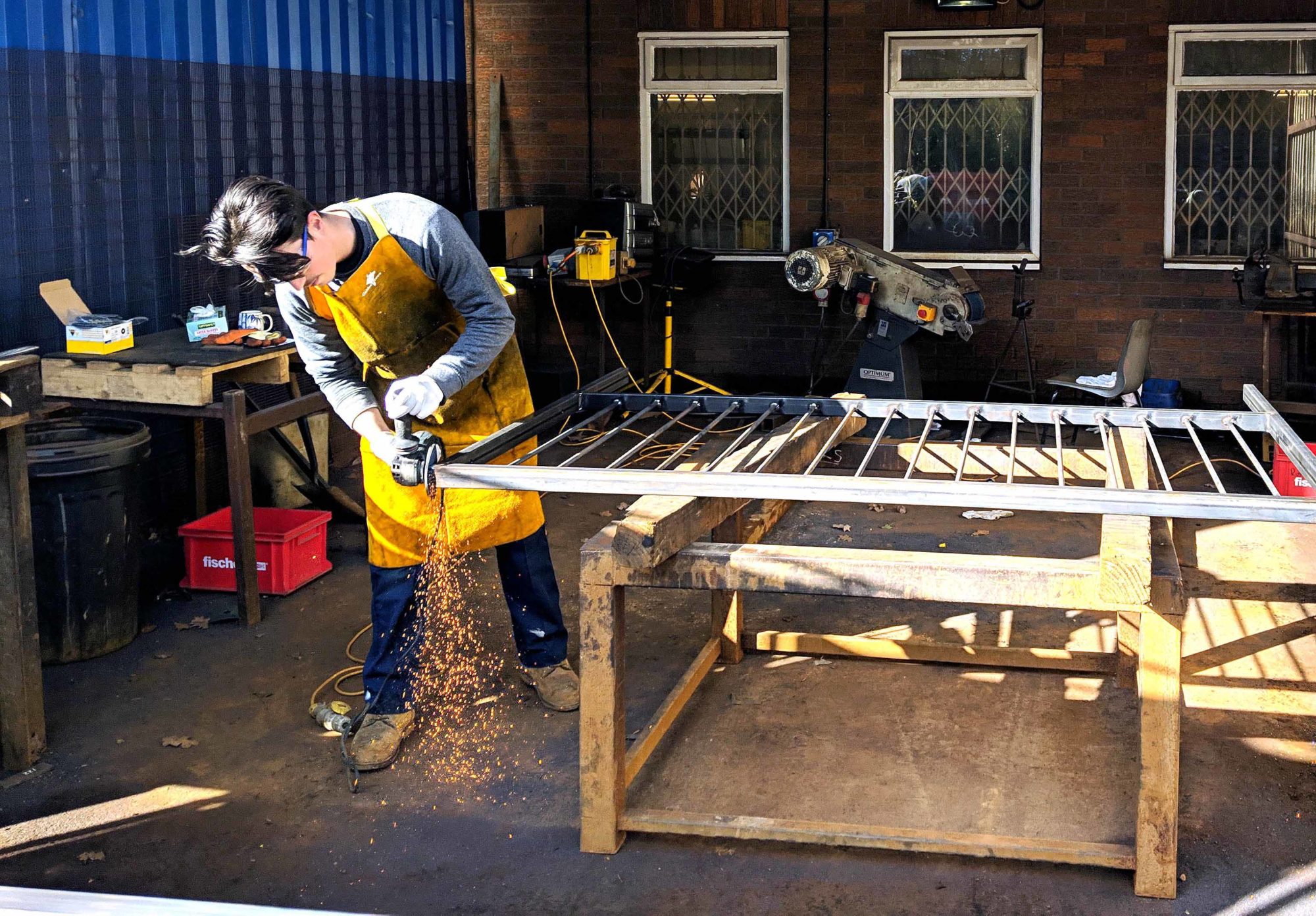 Commenting on his new role, Connor said: “I have joined Alpha Rail with the goal of progressing on to the shop floor, working on site or being a driver for the company. I picked Alpha Rail as I knew that they would support my targets and help me develop professionally to get where I would like.”

He holds seven A*-C grade GCSEs along with two equivalent A-Levels and enjoys gaming and reading, exercising at the gym and spending time with friends.

Alongside the things he enjoys in his free time, Connor has volunteered his time to raise awareness and money for the British Legion in the Cadets and also ran a staggering five marathons in five days to raise money for the well-known charity Help for Heroes.

Alpha Rail believes in developing the skills of the younger generation, allowing them to get some great work experience and earn a career for themselves.

With its contemporary aesthetics and level of security it provides, the Albany Vertical Bar railings are one of the most popular styles in the Alpha Rail vertical bar railings range.

The primary purpose of pedestrian guardrail is to guide pedestrians to safe crossing points along busy highways. The most simple form of pedestrian guardrail manufactured by Alpha Rail is the M1 style, a common sight on roadsides across the length and breadth of Britain. It is a unit panel design with full height infills, requiring no extra posts.