Alpha Rail is certified by British Assessment Bureau for ISO 9001 and 14001. This means the processes we use in the manufacture of our products are assessed by an external third party body for compliance to the highest standards. We are also members of Constructionline which is the UK’s register of pre-qualified local and national construction contractors and CHAS (Contractors Health & Safety Assessment Scheme) accredited.

Many people fondly remember the 80s for a wide variety of reasons. Whether it was the music or the emerging technology, the decade was undoubtably filled with notable events.

The 80s saw the release of the first commercially available (barely!) mobile phone, the first proposals that would lead to the creation of the World Wide Web, and some iconic pop artists such as Michael Jackson and Madonna.

In 1985 particularly, great things were happening in the UK:

Along with these, something was also happening here in Nottinghamshire… The beginning of Alpha Rail! 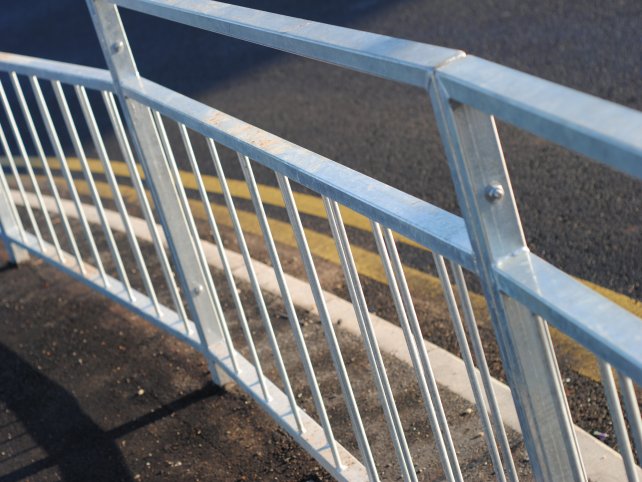 Starting out as a pedestrian guardrail company, our then Sales Director Roger Bristol travelled the length and breadth of the country to speak with local authorities and create lasting business relationships, where we would go on to supply them with pedestrian guardrail for their projects. Albeit in another role, Roger is still part of the Alpha Rail team to this day.

Head over to our LinkedIn company page and tell us what you remember most about the 80’s!

Alpha Rail was contacted by North Warwickshire Borough Council for design assistance on a 3 metre wide, 2.2 metre high bespoke decorative archway to the main entrance of the park.

The interlaced bow top railing is an attractive alternative to standard bow top as it features a decorative interlocking pattern that is both aesthetically pleasing whilst adding further security and protection.

The Alpha Rail range of vertical railings consists of six traditional designs, each having a slight twist in appearance to offer a variety of options.