During the 17th Century a serious of civil wars took place in England, which is known today as the English Civil War or the Great Civil War. The two sides, Parliamentarians (Roundheads) and Royalists (Cavaliers), were both fighting over the way England should be governed.

Newark is home to a war memorial statue depicting both a Roundhead and a Cavalier. In its original location, it was prone to vandalism, therefore a decision was taken to relocate the statue.

Following a suggestion by a Newark county councillor, a project was started that would see the statue move from the Library to a roundabout near Newark Castle – a more fitting location given the theme of the statue. Further to this, the roundhead and cavalier statue would be seen by more people with the roundabout being close to the town centre. 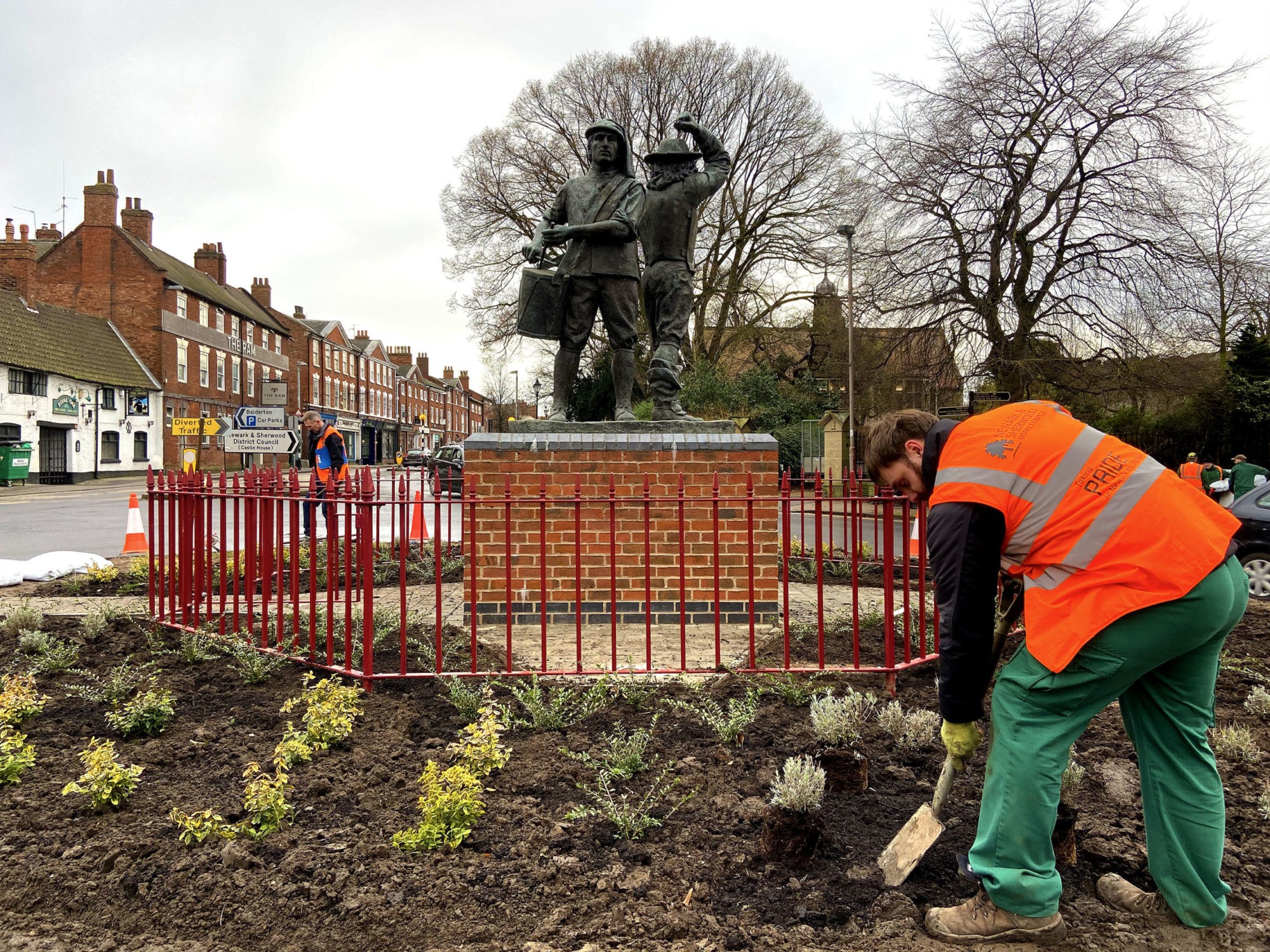 In order to protect the statue at its new site, Alpha Rail was appointed by Via East Midlands to supply and deliver 19.2 linear metres of Kennington Vertical Bar Railings, which was galvanised as standard to BS EN ISO 1461 (2009), followed by a polyester powder coated finish in claret red RAL3004. This colour will be used to enhance Newark’s identity, with Trent Bridge and miscellaneous street furniture going to be painted in this colour.

Commenting on the project, Phil Ball, Sales Director at Alpha Rail said: “We have worked on an array of war memorials during our time and think these should be preserved as a way to remember our history. The Kennington Railings in claret red look great at the new location and goes nicely with the rest of the claret red elements of Newark.”

New value found in parks and greenspace during COVID-19 lockdown

During times of uncertainty with COVID-19 changing the way we do things; we can now see the importance of our parks more than ever. Parks and green spaces give us the opportunity to get out of the house while still remaining safe, being able to maintain social distancing and stay within all guidelines.

Back in February you may have seen our article on Hatters’ Garden, formerly known as Meadow Street Gardens. The redevelopment project aims to transform the […]